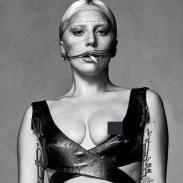 If you're missing anything or need higher qualities of some things, lemme know. I had a master post on another site with all of her i+ stuff, demos, leaks, alts, etc.