You can already change your Avi

Exceptations is going to be with 11 tracks unlike her 2 EP's. and their are  B-tracks (Maybe she will put Bonus Tracks). Is Bed the N6 track?? Can somebody what are the tracks that are blurr 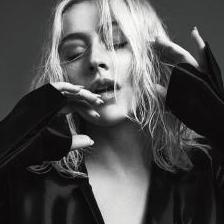 So shook that seems like this album will actually be released  Glad for her, really excited for this and can't wait to hear Ferrari in HQ!