Fifth Harmony Unreleased Infopost Info: Press the reveal hidden contents text beneath this to reveal. You can find additional info + a timeline of sorts posted in the second spoiler tab In 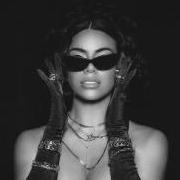 Yay check out my comp (fanmade album) w all of those official studio scraps, not recordings or snips here:   https://dbree.org/v/52d8d4   idk if i should put this one here or... we

We want lauren leaks only