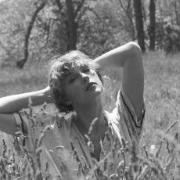 So this dates back quite a long time. I have found out from friends and h**king about the user Unreleased. Who I thought I needed to expose now. Unreleased goes on pophatesflop as ‘AngelSky.’ On Leake

What the actual fuck is all this? I swear, I leave for a few hours and I come back to this trading drama bullshit. This topic has more pages than most of our albums threads. If y'all spent this m

This tea is piping hot