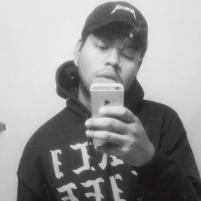 Don't you fucking leave us on that cliffhanger cunt!  I wanna know what happened a couple of years later!