why he don't create an OF already? I wanna see his small dick so bad :( 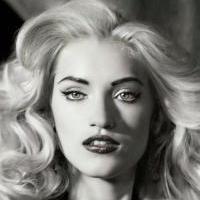 He's so blatantly and unashamedly thirsty for some D and I'm here for it!