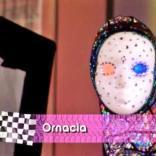 Will the female Sagittarius defeat her impulses?

This poll is closed to new votes