hollywoods dirtiest secrets (and *HOT* tea) according to blind gossip 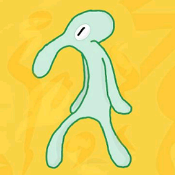 By Cossip,
December 2, 2020 in Entertainment News